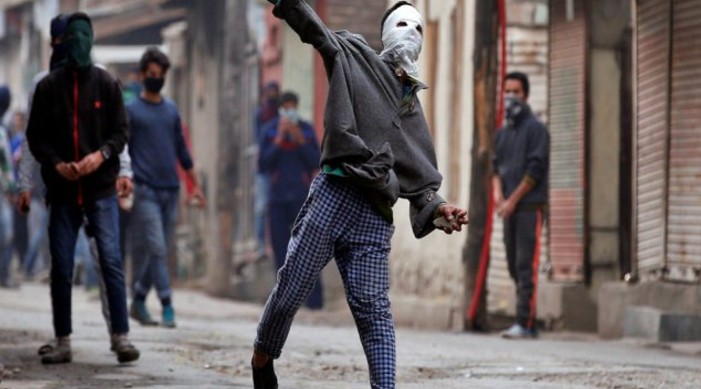 The report indirectly supports stone pelters and criminals in Jammu-Kashmir

The National Post on August 27 published a report with the headline “No jobs, passports for 'anti-national' social media posts in India.”

Without assessing the circumstances on the ground, the Canadian English daily portrays India in a bad light and tries to give a wrong twist to the actual news. The headline itself sets a wrong narrative about India and its authorities.

The Post says, “At least three Indian states are denying passports and government jobs to people because of their social media posts or participation in protests.” It talks about Indian states of Uttarakhand, Bihar, and Jammu-Kashmir. Now let’s have a look at the actual news.

Now, nowhere in its report, the Post mentions the word “violent protest”. The daily tries to set a narrative that the Indian authorities are denying passports and government jobs to the dissent. The Bihar police circular talks about actions against those involved in the "criminal act" of participating in a "law and order situation."

Majority of the countries in the world take similar actions to protect public properties and to maintain law and order situation. The incidents of violence during anti-CAA protests across the country and during the 2021 Farmers' Republic Day protest reinforce the need for strict directives.

As far as the state of Uttarakhand is concerned, the state police chief in February said that they will keep track of social media behaviour pattern of those frequently posting 'anti-national' and 'anti-social' posts.

He said that the state police will keep track of such people and will mention this while verifying their documents for passport and arms license.

He also said that the police would scrutinize social media accounts to check if they were habitual posters of anti-national posts. Later, the state police chief clarified the approach and said, “The values for passport verification already have this. I have just made sure of the implementation of the same. Number 6 of part B of passport verification form clarifies this. I also want to make it clear that 'Freedom of Expression' is not unlimited.”

The National Post report, however, tries to give an unnecessary spin to the strict implementation of passport rules by the Uttarakhand police. On July 31, Jammu and Kashmir Police announced that security clearance will not be provided to "anti-national" elements for passports, government jobs and welfare schemes.

The circular said that stone pelters and people involved in other criminal activities that are prejudicial to the security of the state will be denied the security clearance. The circular says that if any application for govt job or passport is denied by the police, then it shall attach digital evidence like CCTV footage, videos, audio clips (if any) in their report.

The report tries to set a false narrative about Jammu-Kashmir. The report clearly ignores how sensitive the state of Jammu-Kashmir is. The government and the authorities of the state have been doing very hard work to maintain peace in the region.

Pakistan and anti-India elements use Kashmiri youth to create instability in the state. They use stone pelters to thwart the Indian Army’s anti-terror operations. The police circular clearly talks about “stone pelters” and “people involved in other criminal activities that are prejudicial to the security of the state.”

The circular asks police officials to attach video/audio clips as evidence before taking any action. Also, the circular was passed days after the Jammu and Kashmir Police arrested the secretary of Srinagar Municipal Corporation for his involvement in anti-national activities.

Investigations had revealed that he had gone across the border for arms training in the early 90s. After his return from Pakistan, he managed to get a government job and over the period of time, he managed to get promotions one after another. As per media reports, there are many individuals working in govt jobs without having received security clearance from the police.

The Canadian daily further says, “Across Asia, lawmakers have introduced a slew of legislation for governments to access internet users’ data and block so-called false news.” It is funny that the report denies the existence of false news.

There are many examples when fake news led to violence, mob lynching, and communal disharmony. It is the need of the time for every country or government to curb fake news on social media platforms.

*** The writer is a Delhi-based journalist; views expressed are his own