Will China drag India into limited war in eastern Ladakh? 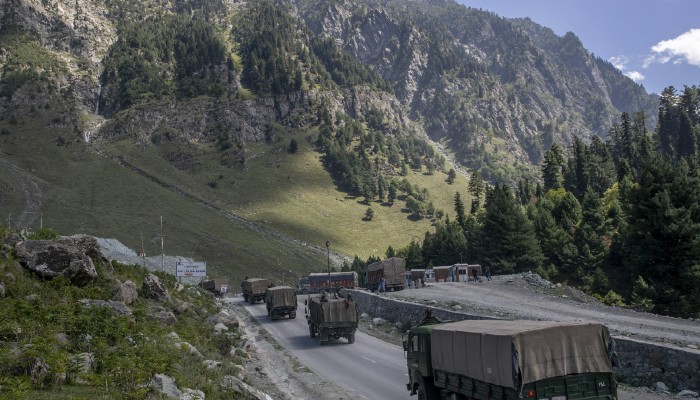 On October 10, the 13th round of corps commanders meeting between India and China remained inconclusive with each hurling invectives on the other. This negative outcome portends to trouble in the bilateral relations for a short to medium period.

The failure of the two commanders to come to an amicable solution based on the previously agreed “disengagement and de-escalation” process suggest that a short to medium term armed stalemate could prevail on the border, with sporadic border skirmishes or even an intensive limited war possibility, or if sense prevails, to implementation of the previous and recent border agreements.

It was agreed to in the 1993 “peace and tranquillity” agreement that the territorial dispute be resolved by peaceful means. Further, by the 1996 agreement, a series of confidence building measures were proposed and implemented to first prevent conflict between the two armed forces and if possible build mutual trust among them at a later stage.

Subsequently, in 2005 and 2013 additional protocols were signed by India and China whereby “tailing” of the border patrols would be addressed amicably. This is in the light of hundreds of transgressions by both patrols in crossing their respective “perceived” Line of Actual Control.

These agreements proved to be elusive in ushering peace and tranquillity in the border areas as a rising China began spending on dual-use infrastructure projects and even deploying modern military equipment in the remote parts of Tibet and Xinjiang adjoining India. There are also the “two front war” preparations of China and Pakistan against India at least since 2009.

The three levels of interactions between ministerial level, institutional level and the local military level have not yielded peace and stability in the border areas despite the disengagements in Pangong Tso, Gogra Heights and other areas.

The foreign ministerial meeting at Moscow on September 11 last year led to a five-point agreement that included “quickly disengage, maintain proper distance and ease tensions” and abide by all previous agreements.

The February 10 announcement by the two defence ministries for “synchronised disengagement” mentioned about “phased, coordinated and verifiable”. Subsequent meetings between the two foreign ministers at Dushanbe on July 14 and September 17 reiterated the need to disengage troops at the earliest.

At the institutional level is the Working Mechanism for Consultation and Coordination on India-China border affairs conducted by the foreign ministries. It was set up in January 2012 on China’s suggestion and met 22 times till June this year.

At the theatre level is the military talks. Corps commanders’ meetings in Eastern Ladakh-Aksai Chin region were held thirteen times, eight times last year and five times this year so far. The first three were held in the tumultuous days of June 2020 when 20 Indian soldiers were killed, the 4th on July 14, the 5th on August 2, the 6th on September 2nd, the 7th on October 12th and the 8th on November 6th last year. This year the 9th meeting was held on January 24, the 10th on February 20, the 11th on April 9, the 12th on July 31 and the latest the 13th on October 10.

These 13 meetings provided only partial success in the disengagement process with a modicum of normalcy returning at Pangong Tso, Gogra Heights (patrol point 17A) and other areas while in over more than a dozen places including Hot Springs (patrol point 15), Kurang Nala (closer to patrol point 14), Demchok, Depsang Bulge and others China refused to disengage its troops.

After the Chinese troops withdrew from Pangong Tso from finger point 4 to beyond finger point 8 at Sirijap, the Western Theatre Command, which is overseeing the overall military operations against India, Vietnam and Central Asia, stated that India “should be happy with what has been achieved” so far in the disengagement process. Inherent to this posture is the refusal to vacate occupied areas in dispute with India in the region. China clearly is taking a position of “might is right” rather than being a responsible country.

The long span of meetings also gave China a chance to further enhance its hold over several strategic passes or build military infrastructure in violation of the signed agreements. While China used to criticise US unilateral actions, today China is exposing itself to such unilateral actions on the Indian borders. Again, by dishonouring the agreed border protocols, China is conveying that future agreements with any country, if any, will also be rejected.

However, unlike previous instances of Chinese intrusions in the Indian claimed areas, the current standoff resulted in a “whole of government” approach with unified command and control mechanisms, civil-military unity, and priority to protect the nation’s sovereignty and territorial integrity.

As a result, the government has given a free hand to the armed forces to resolve the issue as they may deem appropriate. Emergency funding and procurement was allocated to bridge the military requirements. The much needed 44 strategic roads were constructed to the border areas by last October, and many are being laid out.

The foreign, defence, finance and commerce establishments are in sync perhaps for the time as reflected in the concerted and coordinated responses. The foreign minister refused to deal with any other bilateral issue if the current standoff is not resolved, while the defence minister vowed to protect “till the last inch” of Indian territory.

Others exerted pressure by banning apps, investments in infrastructure and the like.

Nevertheless, unlike China, India has not been able to completely transit between a “whole of government” approach to a “whole of country” approach given the democratic polity’s fissures. While general public opinion in India became negative in an unprecedented scale, coupled with the spread of the virus from Wuhan, this is yet to be channelised into purposive action.

China, on the other hand, was able to achieve a “party-army” approach with coercive measures, including incarcerating those Chinese who questioned the official casualty figures on the PLA part at Galwan. Yet, China is also staring at lack of public support in the frontier areas with India, despite all the flashy infrastructure projects and empty well-off society villages. The disconnect between India and China is only widening.

*** The writer is a Professor in Chinese Studies at Jawaharlal Nehru University; views expressed are his personal