From G20 to COP 21 and the Indian position 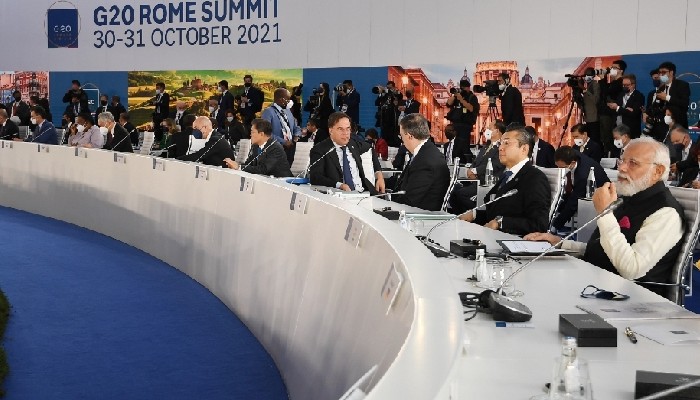 More often than not, international heads of government summit engagements like the G20 are either outrightly dismissed as a photo-op for the participating leaders or a meet-and-greet gathering of the who’s who from world capitals. But unlike common perception, the recently-held G20 Summit in Rome on October 30-31, 2021 is notable not only as one of the few international in-person engagements in the end-pandemic era, but also for its timing.

With much happening across the world in the interim, with more than sufficient media space dedicated to either mutual back-slapping and or for naming-and-shaming select states for their policies and actions, the Rome Summit has to be seen as the first step towards evolving a new world order.

The Summit with Italian presidency was themed around ‘People, Plant and Prosperity’, reflecting the pressing issues that the world is facing. This is significant as G20 nations together account for about four-fifth of the global GDP, three-fourths of international trade and a third of the earth’s population.

As expected, each of the participating nations put forth not only their perspective on issues of pressing global concerns but also had their individual positions on issues that are at the forefront of their priority-list. What marked this summit different from the previous ones was not the overall outcomes but the nuanced approach on a couple of issues. For New Delhi, some of the issues highlighted were not only of direct interest for India but were also a reflection of the evolving perspective of the nation.

In a tweet, Prime Minister Narendra Modi reflected on ‘fruitful’ discussions with his counterparts and fellow heads of governments on issues of importance, like addressing the pandemic, global health infrastructure, boosting economic cooperation and furthering innovation. In this regard, this Summit agreed to refurbish the much-tarnished image of the World Health Organisation (WHO), over early certification that China was not the source of Covid-19 pandemic, and also to fast-track the process of authorisation for Covid-19 vaccines for emergency use.

This is of significance for India, given not only its commitment towards global health as made evident during the pandemic by its generous acts of being the pharmacy of the world once again. With this, India also put an early end to the politics of vaccination that had played its part in the past year.

As the vocal champion of the global south, for India, all this came as a shot-in-the-arm and also reminded fellow G20 members of their own responsibilities towards developing nations. This needs to be read with the host, Italian Prime Minister Mario Draghi’s lament over the disproportional access to and administration of vaccines between the developed and the developing worlds. He called it as being ‘morally unacceptable’. It is in this regard that the G- 20 Rome Declaration made a commitment to ensure that at least 40 per cent of the global population is vaccinated by end of this year, with the total reaching a minimum high of 70 per cent by mid-2022.

The Summit also discussed and decided upon a second set of issues that has had a significant impact on both the global economy and the overall business atmosphere the world over. In the post-pandemic context, the heads of government discussed the pressing issue of global supply chain that had seen more than a fair share of stress as a result of Covid-19.

In this regard, Prime Minister Modi highlighted the ‘pillars that ought to guide world of commerce in the future’ as ‘Trusted Source, Transparency and Time-Frame’. India’s comments on global supply chain management in this forum did not carry with it any overt political connotations but its sub-textual sentiments were sufficient to drive home its position and also reflect on the government’s policies of AtmaNirbhar, or self-reliance, closer home.

The grouping took stock of the need for a ‘minimum corporate tax’.

With an ambitious commitment to put in place by 2023 a uniformed tax framework with a minimum corporate tax of 15 per cent, the Summit has set in motion, a mechanism that will limit the scope for multi-national corporations to stash away their profits in so-called tax heavens or legitimise their massive acquisitions and activities in Third World nations through ‘smart sales and accounting’ without paying local taxes through a mischievous interpretation of local laws. India has been a victim of such tax-avoidance transactions in which MNCs with registered offices elsewhere buy-and-sell their big-ticket holdings in India overseas, without having to pay a penny in Indian tax money.

This tax structure, which is also referred to as Base Erosion and Profit-Shifting (BEPS) facility, has been a talking-point among international tax pundits and also in the corridors of the Organisation of Economic Cooperation and Development (OECD). The OCED’s efforts to this end seem to have taken off on a good note as the question of BEPS has been a concern for about 140 partners of the organisation. The organisation has put the annual revenue-loss in tax-avoidance and others at US $100-$240 billion. This singular act would not only increase the revenues of individual nations but also result in greater transparency within the complex world international business and investments.

The measure can ensure sustainable revenues for many nations, with added potential to ensure that revenue-shares among nations are also homogenous.

Owing to the fact that the heads of government and their counterparts from other parts of the world were scheduled to address the COP-2021 climate conference, in Glasgow, Scotland, much of the deliberations on the subject were left out of the Rome agenda.

One of the notable aspects of the Glasgow round, which incidentally is a part of the UN Framework Convention on Climate Change, was the participants’ commitment to do more to address the issue of climate change. In this regard, the 20-page Rome Declaration had highlighted the need for a new global pledge that the G20 nations seems to have taken seriously. The G20 nations pledged to ensure that at least a third of the global continental and maritime space are to be conserved or protected in one form or another by 2030.

It should be noted that Prime Minister Modi in Rome stressed the twin needs for Climate Mitigation, where some of India’s efforts were highlighted, and the equally important question of Climate Justice.

With respect to the latter, PM Modi did make a veiled reference to the responsibility of the developed nations and the need for these nations to set aside at least a per cent of their GDP for green finance in the developing world. At Glasgow, he committed India to net zero-emissions by 2070 or close to 50 years from now.

Yet, if the past controversial and conflicting approach towards the question of Climate Justice is any yardstick to measure the prospective outcome of COP-2021, there is much that can be desired from the comity of nations than can be written when the conference, which commenced on 31 October, concludes on 12 November. 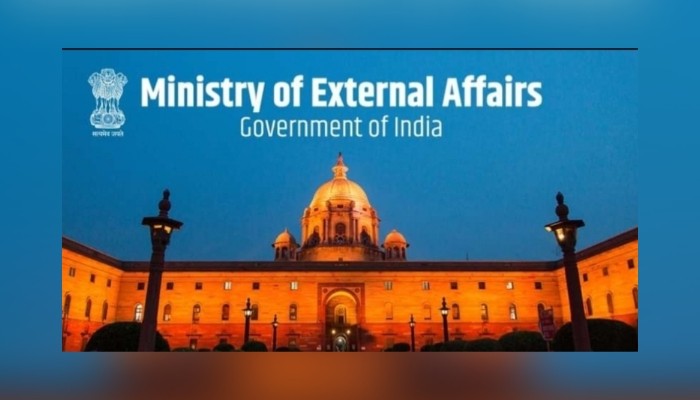