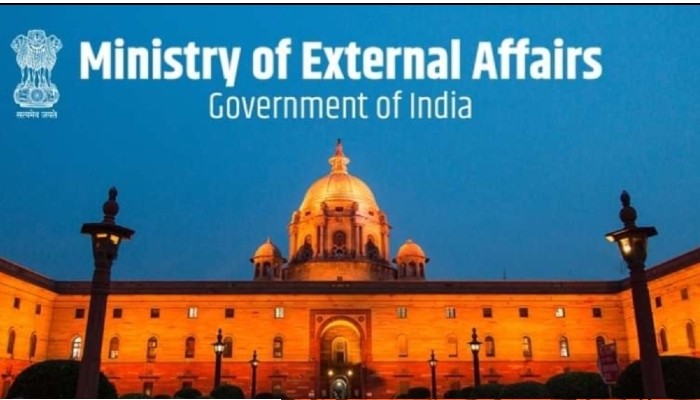 Jammu & Kashmir and Ladakh are an integral part of India, MoS V Muraleedharan said in Parliament

The bridge across Pangong Lake in Eastern Ladakh is being built by China in an illegally held area, the government told Parliament on Friday.

"The Government has taken note of a bridge being constructed by China on Pangong lake. This bridge is being constructed in areas that have continued to be under the illegal occupation of China since 1962," Minister of State for External Affairs V Muraleedharan said in a written response to questions on the issue in the Lok Sabha.

"Government of India has never accepted this illegal occupation. Government has made it clear on several occasions that the Union Territories of Jammu & Kashmir and Ladakh are an integral part of India and we expect other countries to respect India's sovereignty and territorial integrity," the reply added.

Regarding disengagement in the remaining areas along the LAC in Eastern Ladakh, India and China have maintained dialogue through both diplomatic and military channels, the reply pointed out.

"Our approach in these talks has been and will continue to be guided by three key principles, that, (i) both sides should strictly respect and observe the LAC; (ii) neither side should attempt to alter the status quo unilaterally; and (iii) all agreements between the two sides must be fully abided by in their entirety," MoS Muraleedharan's reply said.

"The last round of talks between the Senior Commanders of India and China was held on 12th January 2022. They agreed that both sides should follow the guidance provided by their Leaders and work for the resolution of the remaining issues at the earliest as this would help in restoration of peace and tranquility along the LAC in Eastern Ladakh and enable progress in bilateral relations," the MoS said in the written reply.

The government also said it had noted reports of renaming of some places by China in the Indian state of Arunachal Pradesh. "This is a futile exercise that will not alter the fact that Arunachal Pradesh has always been, is and will always be an integral part of India," MoS Muraleedharan added.

The government said it gives careful and specific attention to the improvement of infrastructure for the development of border areas in order to facilitate the economic development of these areas as also to meet India’s strategic and security requirements.

"Government also keeps a constant watch on all developments having a bearing on India’s security and takes all necessary steps to ensure that our security interests are fully protected," the reply said.