We stand with India against Chinese intimidation, asserts US 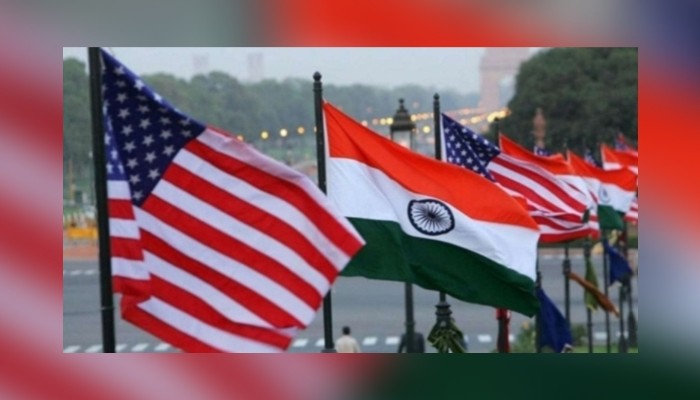 The US has asserted that it stands with India against Chinese intimidation after Beijing deputed a PLA officer, who was part of the military command that attacked Indian soldiers in the Galwan Valley in 2020, as a torchbearer for the Beijing Winter Olympics.

China's decision prompted India to announce a diplomatic boycott of the opening and closing ceremonies of the mega sporting event staring on Friday.

Responding to a question on China's provocative move and India’s subsequent decision, US State Department spokesperson Ned Price in Thursday said, “When it comes to the broader issue of the India-China border situation, we continue to support direct dialogue and a peaceful resolution of border disputes. We have previously voiced our concerns of Beijing’s pattern of ongoing attempts to intimidate its neighbours. As we always do, we stand with friends, we stand with partners and allies, to advanced our shared prosperity, security and values in the Indo-Pacific.”

The US, India and several other world powers have been talking about the need to ensure a free, open and thriving Indo-Pacific in the backdrop of China's aggressive military manoeuvring in the resource-rich region which is also crucial for global trade and shipping.

China claims nearly all of the disputed South China Sea, though Taiwan, the Philippines, Brunei, Malaysia and Vietnam all claim parts of it. Beijing has built artificial islands and military installations in the South China Sea.

China also has territorial disputes with Japan in the East China Sea.

Meanwhile, two top American senators have slammed China for its decision to field the regimental commander of the PLA as the torchbearer for the Games Torch Relay.

"Another outrageous example of the #CCP's flagrant politicization of Beijing2022. Their decision to choose a soldier who participated in a 2020 ambush against Indian troops as torchbearer is appalling and deliberately provocative," Florida Senator Marco Rubio's office said on Twitter.

In another tweet, Senator Jim Risch, a Ranking Member of the powerful US Senate Foreign Relations Committee, also said the US will continue to support the sovereignty of India.

"It's shameful that Beijing chose a torchbearer for the Olympics 2022 who's part of the military command that attacked India in 2020 and is implementing genocide against the Uyghurs. The US will continue to support Uyghur freedoms and the sovereignty of India," Risch tweeted.

House of Representatives Speaker Nancy Pelosi alleged that it is an attempt of the Chinese government and Chinese Communist Party to use the glitz and glamour of the Olympics to showcase a facade that distracts global attention from egregious human rights abuses in China.

These efforts generate many questions that the Congressional-Executive Commission on China (CECC) explored throughout 2021 regarding the policies of the International Olympic Committee, the nexus between major sporting events and human rights, and the responsibilities of governments, sporting bodies, corporate sponsors, broadcasters, and others affiliated with these Olympic Games, she said.

Twenty Indian Army personnel laid down their lives in the Galwan clashes that marked the most serious military conflicts between India and China in decades.

In February last year, China officially acknowledged that four Chinese military officers and soldiers were killed in the Galwan clashes.

A recent report by Australian newspaper The Klaxon said that at least 38 more Chinese soldiers had died by drowning in the Galwan river.

Beijing is hosting the Winter Olympics amidst a diplomatic boycott by the US, European Union and several western countries over their allegations of human rights violations in Xinjiang, including incarceration of over a million Uygur Muslim men and women in camps.