Maldives: In the throes of anti-India politics 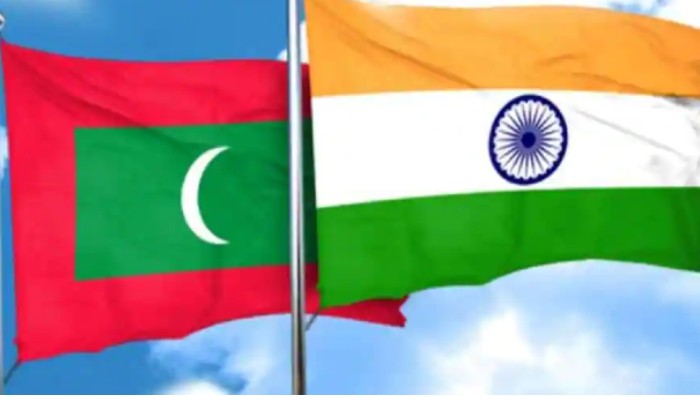 India’s foreign policy has to face the challenge of domestic politics in neighbouring countries and the hostile China-Pakistan axis. In Maldives, the anti-Indian lobby, led by former President Abdulla Yameen Gayoom, is currently spear-heading an “India Out” campaign after his release from jail. He was incarcerated for corruption cases.

Led by Yameen’s Islamist Progressive Party of Maldives (PPM) and the news portal Dhiyares, “India Out” campaign began in 2020 as a protest demonstration and later shifted into the social media. The campaign also targets the ruling MDP (Maldivian Democratic Party) which is seen as India friendly. Some Indian school teachers have been harassed and asked to leave the country. Indian diplomats have also been trolled on social media.

Other major parties have opposed this campaign and some followers of Yameen have been arrested after strong statements issued by various parties and Solih’s office. Yameen has accused India of interfering in Maldives’ internal politics and the Solih government of “colluding” with New Delhi.

During Yameen’s tenure as the Maldivian President, bilateral ties soured, as he became overtly anti-India, at the behest of China. China’s financial clout is a factor in all neighbouring countries. The Yameen government passed laws which facilitated China’s takeover of several islands, some in perpetuity.

China is aggressively pushing for establishing a foothold in the Indian Ocean Region (IOR). Maldivian opposition leaders have accused China of trying to set up military bases. There is no doubt that China is stepping up efforts to acquire islands to set up establishments which can be used for military operations.

China is trying to replicate her island grabbing policy in the South China Sea (SCS). The only difference is that in the SCS, China simply claimed sovereignty over the disputed islands and in the IOR, it is using its financial muscle to establish infrastructure. China has been tightening her grip via “debt trap” policies in the region.

PM Modi has stressed that Maldives’ stability and security is directly linked to India’s national interest and supported efforts to strengthen democratic institutions in Maldives. New agreements on tourism, taxation, conservation and access to the SAARC satellite have also been signed.

India had rushed in COVID testing kits and vaccines and also stepped up her assistance for infrastructure projects on various islands of the archipelago nation. India’s efforts have generated goodwill among the people. Indian tourists still provide the bulk of revenue. India’s liberal visa regime and medical care facilities for Maldivians are factors that mitigate attempts to whip up anti-Indian feelings by Yameen and his supporters.

The anti-Indian campaign has led to a demarche by the Indian High Commissioner which has caused some embarrassment to the Solih government. The demarche requested protection for the High Commission and its personnel, as mandated by the Vienna Convention, against acts designed to harm the reputation of Indian diplomats via scurrilous media reports.

One person has been arrested for using a fake account to tweet his requirement of RDX to blow up the Indian High Commission, causing discomfiture to the ruling party since the person turned out to be a member and promptly expelled. Whether the person was an “Islamist” and acted under some duress or inducement is a matter of investigation.

The link between Pakistan and Islamist groups acting in tandem cannot be ruled out. Islamic radicalism has grown in Maldives and the country has the dubious distinction of providing the maximum recruits for ISIS, as a percentage of her population.

Islamic radicals in the press have criticized the Solih government for trying to muzzle the media. Adding to the political cauldron is the call for a referendum by former President and current Speaker Mohamed Nasheed on the issue of changing the current Presidential form to a Parliamentary form of government. The rivalry between Solih and Nasheed is heating up as Maldives heads for another election in 2023.

Domestic politics in neighbouring countries has a recurring theme of dragging in India. This is geopolitical reality and is unlikely to dissipate. PM Modi’s government has made strenuous efforts to stabilize ties with Maldives and other neighbours, in pursuit of the “Neighbourhood First Policy”.

India’s developmental partnership with Maldives has grown manifold, alongside defence and intelligence cooperation. Both countries are wary of rising Islamic radicalism fuelled from abroad and led to the terrorist attack on Nasheed in May last year.

Increased connectivity via ferry and shipping services has enhanced facilities for movement of people and goods between the two countries. India’s announcement to open a Consulate at Addu in the south of Maldives, led to another avoidable controversy. This would certainly help the local population by saving them trips to Male to obtain Indian visas. Yet, anti-Indian lobbies created a controversy because the Maldivian government had not received any proposal and India was blamed for not respecting Maldivian sovereignty.

For India, the strategic importance of Maldives, located near the Sea Lines of Communications (SLOC) is evident. China is currently challenging India’s special ties with Maldives to carve out space for her strategic goal to dominate the SLOC. Maldives is caught in the middle of the India-China competition for influence.

India-Maldives ties are special and China is a latecomer. India’s traditional ties are reflected in the statement by the Adhaalath Party which has said that it condemns the efforts undertaken by a political party to incite hatred in people’s hearts towards neighbouring and global partners that are assisting in the growth and development of the country.

The China-Pakistan axis has honed its strategy of utilizing Chinese funds and Pakistan’s Islamist and terrorist links to mount anti-Indian activities in all neighbouring countries. The rising propensity by India’s neighbours to play the “China Card” will remain a challenge to the “Neighbourhood First Policy”.

***The author is a former Secretary in the MEA and former Ambassador; he is a founder Director of DeepStrat and a Visiting Fellow at ORF, Delhi; views expressed are his own