Is Pakistan ruing its blunder for backing Taliban in Afghanistan? 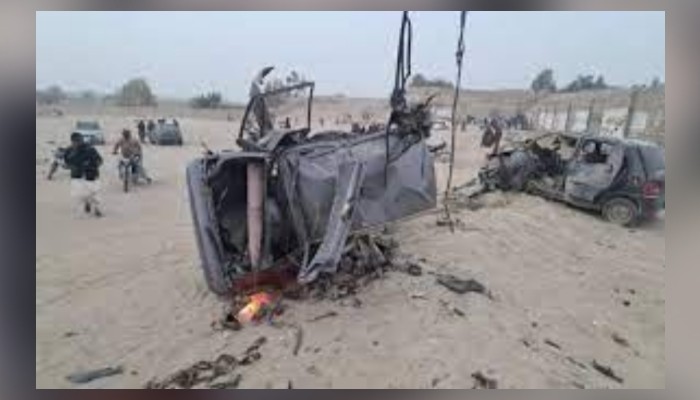 Moeed Yusuf, Pakistan’s National Security Advisor visited Kabul recently and was assured by the Taliban leadership that it would not permit its soil to be used to target neighbouring countries. It demanded similar concessions from Pakistan. Pakistan is known to be supporting the Islamic State (ISKP) militants to act against the Taliban and keep it under pressure.

Further, the belief within Pakistan was that with the Taliban in control of Kabul, most of its problems would recede and it would be able to concentrate on bringing the Baloch insurgency to heel and enhance terrorism in Kashmir.

Such was the confidence that Neelam Irshad Sheikh, a senior leader of the PTI, Prime Minister Imran Khan's political party, even stated with glee in a TV discussion that “The Taliban are saying that they are with us, and they will help us in Kashmir.”

Even Imran Khan celebrated the Taliban takeover by stating that they had “broken the shackles of slavery” by overthrowing a western backed government.

Pakistan was also secure that with India, US and the elected Afghan government replaced by the Taliban, the TTP (Tehreek-e-Taliban Pakistan) would be contained, and peace would reign.

There was discussion within the Indian security establishment of Pakistan pushing Taliban fighters into Kashmir, enhancing levels of violence. However, Pakistan’s hopes were dashed in a short while as the Taliban displayed an independent streak, refusing to adhere to Pakistan’s demands.

Pakistan’s presumption of a cakewalk on its fencing along the Durand Line received a setback when the Taliban stopped Pakistan troops from working on the fence, broke it and took material away. The Pakistan army was left red faced. Responding to the Taliban’s move would have escalated tensions and led to clashes, which Pakistan sought to avoid.

Attempts at dialogue with Kabul have resulted in promises, none of which have materialized on ground. The Pakistan leadership, in a face-saving gesture, stated that a committee would be set up jointly with the Taliban and work would recommence. There has been no forward movement.

There was also a belief that the TTP would be forced into dialogue. The reverse happened. Attacks from the TTP increased. The TTP had carried out 95 attacks in 2020, killing 140 people, and 294 attacks in 2021, of which 45 were after the ending of the ceasefire on December 10.

Approximately 400 Pakistani nationals were killed, the majority of them being security personnel. With the US pull out, drone strikes stopped, adding to the confidence of the TTP. Their capability has been enhanced by gaining weapons captured by the Taliban in Afghanistan.

Noor Wali Mehsud, the TTPleader, has sworn allegiance to the Afghan Taliban. After all, the TTP and the Taliban--coming from the same stock-- fought the US and Afghan forces jointly. This is the reason for the TTP's unhindered movement through Afghanistan as also protection from the Afghan Taliban. Pakistan’s attempt to drive a wedge between the TTP and the ruling dispensation in Kabul failed.

After Pakistan approached the Haqqani’s, Kabul brokered a ceasefire and initiated talks between the Pakistan army and the TTP. The ceasefire collapsed within a month and attacks increased as Pakistan refused to fulfil its side of the agreement, which was releasing 100’s of TTP prisoners.

Domestic pressure, including holding the TTP responsible for the Peshawar school attack, prevented Pakistan from adhering to the TTP’s demands. Further, with the backing of the Taliban, it was the TTP which was negotiating from a position of strength and dictating terms unacceptable to Pakistan.

The attack on police personnel in Islamabad last month proved that their reach is expanding. The Pakistan Interior Minister, Sheikh Rashid, warned of more attacks in the future. For once, Pakistan is at a loss on whom to blame. With Indian presence non-existent in Afghanistan, the DND, the erstwhile Afghan intelligence service, having collapsed, its standard options are closed.

Influence by the TTP in Pashtun dominated regions is on the rise, enhancing Pashtun nationalism, who remain divided on both sides of the Durand Line. Most support the Taliban in preventing fencing of the Durand Line. Atrocities committed by the Pakistan army are keeping them away from Islamabad, making them consider themselves as Afghans.

Pakistan is repeating its mistakes of 1971 in erstwhile East Pakistan with both Pashtuns and Baloch. Pakistan backed the Taliban for two decades only with the belief that when it regained power, Indian influence would end in Afghanistan.

However, what has turned out has been far worse. Attacks from the Baloch and TTP, both of whom have sanctuaries in Afghanistan have risen. Despite its own poor economic state, Pakistan has to continue sustaining Afghanistan, especially as the world tends to ignore it.

An unstable Afghanistan, fuelled by an internal crisis due to food and economic shortcomings would impact Pakistan the most. Spill over of refugees, rise of terrorist groups and increased production of drugs would first hurt Pakistan before impacting the region. Pakistan has the worst drug problem in the region.

The Taliban are also aware that in case they need to keep Pakistan away from interfering in their affairs and grabbing additional territory through fencing, they must continue supporting the TTP. This will keep the Pakistan military and intelligence establishment (ISI) under pressure.

With no option, Pakistan would be compelled to regularly approach the Taliban for support and assistance as was evident with the recent visit of Moeed Yusuf. Pakistan is aware that launching physical operations across the Durand Line would only enhance tensions and increase terrorist strikes.

Oslo, where the West directly interacted with the Taliban by keeping Pakistan away, is a sign of the future. Pakistan’s role as spokesperson of the Taliban is receding and so is its hold on Kabul. This will only enhance the confidence of the Baloch and TTP, both of whom have their refuges in Afghanistan.

The recent attacks in Panjgur and Noshki by the Baloch bear relevance. Weapons recovered were those left behind by the US in Afghanistan. There are claims within Pakistan that these attacks were backed by the Taliban. The nation which backed the Taliban against global demand for decades is now realizing the futility of its actions.

Its dream of a secure western flank has turned futile. On the contrary, its insecurities have increased. It is globally ignored, remains on the FATF’s terrorism watch list, faces increasing terrorist strikes while being bedevilled by a deteriorating economic health.

Apart from China and Turkey, it has none to support. With Afghanistan remaining in a perilous economic condition, pressures of influx of refugees will remain. More than ever before, it now needs a silent Line of Control if it has to subdue rising insurgencies in its western provinces.

***The author is a strategic affairs commentator; views expressed are his own