Some terror groups rebranding themselves as humanitarian organisations to evade sanctions: India 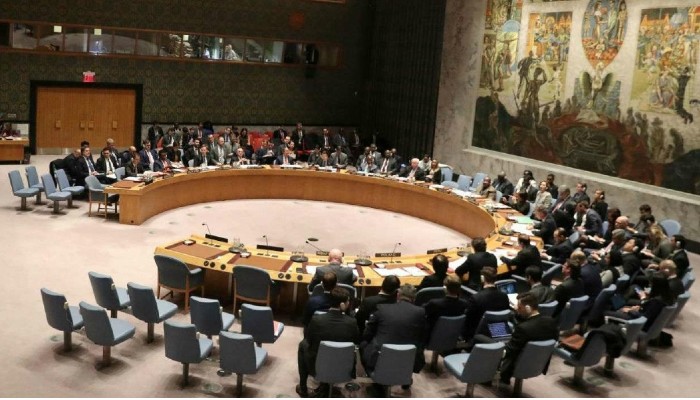 Due diligence must be exercised while providing humanitarian carve outs, India said at UNSC

India on Monday said that there have been several instances of terrorist groups in its neighbourhood, including those listed by the UN Security Council (UNSC), rebranding themselves as humanitarian groups to evade sanctions.

A statement by Ambassador TS Tirumurti at the UNSC Open Debate on 'General issues relating to Sanctions: Preventing their humanitarian and unintended consequences' said that due diligence must be exercised while providing humanitarian carve outs, especially in cases where terrorism finds safe havens.

“It is imperative that sanctions do not impede legitimate humanitarian requirements. However, it is important to exercise due diligence while providing humanitarian carve outs, especially in cases where terrorism finds safe havens,” Tirumurti told the UNSC.

“There have been examples of terrorist groups taking full advantage of humanitarian carve outs, making mockery of sanction regimes, including that of 1267 Sanctions Committee,” he stated.

“There have also been several cases of terrorist groups in our neighborhood, including those listed by this Council, re-branding themselves as humanitarian organizations to evade these sanctions,” the Indian envoy to UN added.

“These terrorist organizations use the umbrella of the humanitarian space to raise funds, recruit fighters and even use human shields,” he observed.

According to Ambassador Tirumurti, under the garb of the humanitarian cover provided by such exemptions, these terrorist groups continue to expand their terror activities in the region and beyond and therefore due diligence is an absolute must.

Noting that sanction regimes have served well in our fight against terrorism, preventive diplomacy efforts, assisting member states in implementing peace agreements and against proliferation of weapons of mass destruction, he said, sanction regimes must however not be an end in themselves.

“In their implementation, the sanction regimes must ensure that they have the intended impact and do not further exacerbate the suffering of the populations at the receiving end,” the Indian Permanent Representative to UN said.

“As such, it is necessary to keep these regimes under constant review so that they keep pace with the changing situation on the ground. The sanction measures should be neutral in nature and should not become political instruments of the few powerful,” he said.

Mentioning that the unintended consequences of sanction measures, including humanitarian consequences, are being increasingly emphasized by the member states and other stakeholders, Tirumurti said that the UN Secretary General has reiterated more than once that sanctions have exacerbated suffering in countries confronting armed conflict.

The unprecedented impact of the Covid pandemic, has also added to the miseries of the population in countries faced with sanctions, he added.

“There is therefore an urgent need to credibly address these concerns to ease the sufferings of the people,” the Indian Ambassador said.

In this respect, he observed that one, sanctions should always be used as an instrument of last resort after having exhausted all other options, and in accordance with the provisions of the UN Charter and should not be violative of principles of international law.

“The Security Council should remain respectful of the regional approach adopted by countries and, in collaboration with regional organizations, address challenges related to peace and security, before considering issuance of such sanctions,” the Indian PR to UN explained.

“Two, there should be a clear end goal for such sanctions and they should not remain perpetually as mills around the necks of countries. As such, a clear time line and criteria for its phased withdrawal be ideally spelt out from the inception stage itself,” he pointed out.

“Three, all efforts should be made to reduce the negative impact of such measures on the populations of the receiving State. In the context of the ongoing Covid19 pandemic, it becomes all the more important,” Tirumurti stated.

“It is also necessary to ensure that legitimate trade and economic activities of the concerned state and its regional partners are not impacted adversely,” he observed.

“It is, therefore, important for the Security Council to fully consult all the key regional countries before considering any such measures because, more often than not the impact of sanctions is felt not just by the country but by its entire region,” Tirumurti explained.

“Four, regarding lifting of targeted measures, such as arms embargo and assets freeze, the Council needs to prescribe realistic and achievable benchmarks to encourage member states to take steps in the right direction,” he said.

“We have seen that some of the benchmarks prescribed on conflict-ridden developing countries are even higher that what some developed countries have achieved. This is uncalled for,” the Indian envoy to UN maintained.

“The sanctions committees continue to face significant challenges in overseeing the sanctions measures related to technical violations of the arms embargo, objections by humanitarian partners to the reporting requirement, questions about the working of the Panel of Experts, and in some cases, non-cooperation by member states,” he stated.