No reports of any hostage situation regarding students in Ukraine: MEA 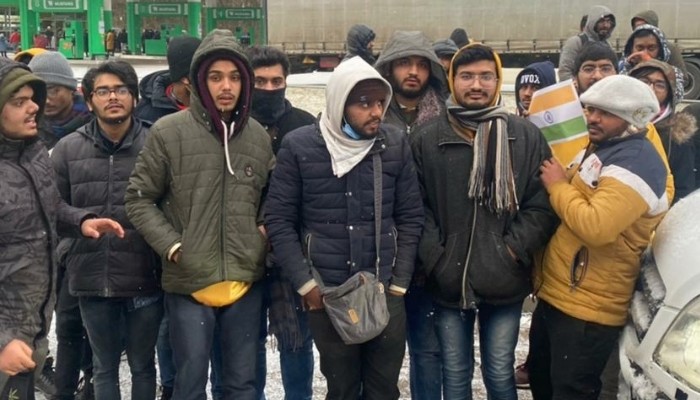 India has not received reports of any hostage situation regarding any student in Ukraine, the Ministry of External Affairs (MEA) said on Thursday.

Responding to media queries regarding reports of Indian students being held hostage in the war-torn country , MEA Official Spokesperson Arindam Bagchi said many students had left Kharkiv on Wednesday with the cooperation of the Ukrainian authorities.

The Russian Embassy in India had earlier shared information put out by the Russian Ministry of Defence claiming that Indian students in Kharkiv who wanted to go to Belgorod in Russia had been forcibly kept back by the Ukrainian authorities and held as hostages.

"Our Embassy in Ukraine is in continuous touch with Indian nationals in Ukraine. We note that with the cooperation of the Ukrainian authorities, many students have left Kharkiv yesterday. We have not received any reports of any hostage situation regarding any student. We have requested support of the Ukrainian authorities in arranging special trains for taking out students from Kharkiv and neighbouring areas to the western part of the country," MEA Spokesperson Bagchi pointed out.

India has been coordinating effectively with the countries in the region including Russia, Romania, Poland, Hungary, Slovakia and Moldova, the Spokesperson said.

"A large number of Indian nationals have been evacuated from Ukraine in the last few days. We appreciate the help extended by the Ukrainian authorities to make this possible. We thank Ukraine’s western neighbours in receiving Indian nationals and for accommodating them while they waited for flights to take them back home,” the Spokesperson added.

A large number of Indian students have been stuck in Kharkiv, which has come under extensive attack from the Russian military over the past few days. On Wednesday, the Indian Embassy in Ukraine had issued an advisory, asking them to urgently leave the city by evening.

"From briefing by @mod_russia: According to our information, Ukrainian authorities forcibly keep a large group of Indian students in Kharkov who wish to leave Ukrainian territory and go to Belgorod," the Russian Embassy had later posted on Twitter, quoting Russia's Ministry of Defence as saying in a briefing on the situation.

"In fact, they are being held as hostages & offered to leave the territory of Ukraine via Ukrainian-Polish border. They offered to go through the territory where active hostilities are taking place," the Russian Embassy had added.