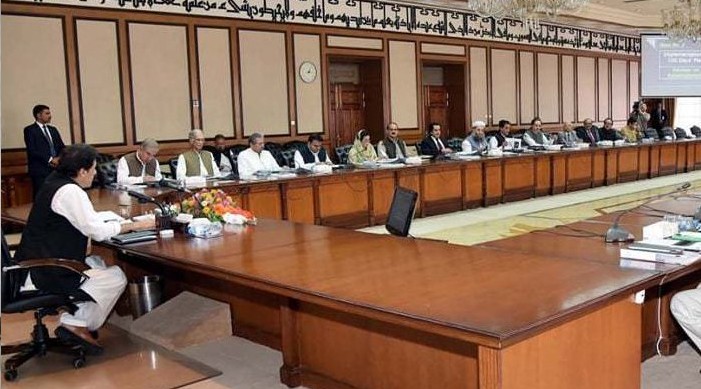 Pakistan’s advisor to Prime Minister Imran Khan on commerce, textile, industry, production and investment, Abdul Razak Dawood, stated last week, “As far as the ministry of commerce is concerned, its position is to do trade with India. Trade with India is very beneficial to all, especially Pakistan. And I support it.”

This is not the first time the issue of trade with India has been raised. Last year, when Pakistan faced shortfalls in sugar and cotton, the Imran Khan-headed Economic Coordination Council announced that it would import the same from India, only to cancel it post the same Imran Khan-led cabinet meeting a day later.

The reason quoted was that there could be no trade with India until it reverses its decision on Article 370. This led to Dawood stating that Pakistan must be realistic and imports from India are the need of the hour. Pakistan was forced to import cotton at much higher rates impacting its textile industry.

Pakistan readymade garments manufacturers and exporters association head Ijaz Khokhar, stated, “According to World Trade Organisation laws, no one can object to trade with another country, the restrictions imposed by Pakistan on trade with India are based on political grounds, but if we allow imports of medicines from India, then why not cotton yarn.”

Desperately facing medicine shortfalls, Pakistan permitted import of medicines from India. There are reports that many Indian goods find their way into Pakistan via Dubai at much higher rates. Pakistan’s recently released national security policy states, “The policy places economic security at the core of comprehensive national security, emphasising a geo-economic vision to supplement the focus on geo-strategy, and recognises that sustainable and inclusive economic growth is needed to expand our national resource pie.” It adds, “Pakistan’s prized geo-economic location provides a unique opportunity through North-South and East-West connectivity for South and Central Asia, Middle East and Africa.”

On multiple occasions, General Bajwa and SM Qureshi have stated that Pakistan has shifted its focus from geopolitics to geo-economics. Such has been the belief that Qureshi even briefed all Pakistan diplomats to project this concept to their host nations. Adopting geo-economics implies that Pakistan would leverage its geography to further its economy.

The only leveraging of its geography, thus far, has been its offer to China to develop the China-Pakistan Economic Corridor (CPEC). By this, China would exploit Pakistan’s Gwadar port for imports of oil from the Middle East and transport the same by road to China--all this on the pretext of developing Pakistan.

The CPEC linking Gwadar with Xinjiang alongside laterals to Afghanistan was an opportunity to open routes to other nations in the region thereby earning revenue to repay loans from China invested to construct this corridor.

Chinese vehicles transiting on the corridor are exempt from road taxes. The chairman of the National Assembly's Standing Committee on Planning and Development, Abdul Majeed Khan Khanan Khail, stated in 2017, “We are giving roads, land and the entire route to Chinese trucks, but on what terms and conditions.”

The reality is that these roads are solely used by Chinese vehicles, but its construction has been paid by Pakistan. The recent Indian decision to export wheat to Afghanistan is another example of missed opportunities. Indian vehicles plying through Pakistan would have provided it with income. Pakistan could have also demanded additional funds for providing security to Indian trucks during transit. At the end, it was Pakistan which was the loser. Afghanistan would never pay for the use of Pakistan roads and it would be forced to provide it with security.

Finally, both India and Afghanistan exploited Pakistan’s road space, while Pakistan lost revenue. In desperation, Pakistan removed banners stating that this was a gift from India to the people of Afghanistan.

Pakistan’s rupee dropped 70% in 3 years, its debt crossed USD 289 billion, and inflation is highest in its history. A nation surviving on doles and loans, expecting others to invest for its development needs to be practical in its approach and exploit all avenues for enhancing income.

Claiming in its national security policy that Pakistan provides a unique opportunity on account of its geo strategic location, while simultaneously acting on false sentiments only sends the message that its intentions are flawed and that it remains mired in mind-set prevalent half a century ago.

If Pakistan is to seriously implement its concept of geo-economics and leverage its strategic space, then it needs to drastically alter its policies. First and foremost, it needs to establish peace with its neighbours, mainly India, rather than live on sentimentality and illusions.

It is aware that India is too powerful a neighbour, economically and militarily, for Pakistan to rattle. India would never reverse its decisions on Kashmir nor let Pakistan succeed in fermenting trouble within it. Terrorism in Kashmir is like a cancer which India would never allow it to grow. Any untoward incident would be responded aka Balakote.

Further, for India, trade with Pakistan is nothing to write home about, but it could leverage Pakistan’s strategic space thereby adding to its revenue. A classic example is multiple gas and oil pipelines--emanating from either Turkmenistan or Iran and terminating in India, transiting through Pakistan, revenue for which would benefit Pakistan. Distrust with Pakistan has blocked them for decades.

Secondly, Pakistan has to change its own internal atmosphere. Insecurities, growing religious fundamentalism, enhanced violence by terrorist groups along its western borders have to be curbed to enable investments and technology to flow. This rise of Bangladesh within a span of fifty years is a case in point. Can Pakistan follow this model or is it too late?

Finally, security of institutions within a country is essential for growth. Army controlled democracy with puppet prime ministers, who can be routinely overthrown are not ideal environments for investment of funds and technology.

The difference between Pakistan, on one end, and India and Bangladesh on the other are examples. Bangladesh did experience military takeover, however, has over the years overcome it and democracy is firmly rooted. India’s democratic institutions are firmly in place. This has enabled development in both nations, while Pakistan is compelled to survive on loans and doles.

The problem is that Pakistan may have the right vision, but implementation is lacking. Unless there is an internal demand for change, it will continue to lumber on, struggling to survive, dependent on loans and exploited by donors. The question is whether it has the determination and will power to change?

***The author is a strategic commentator; views expressed here are his personal