Ukraine war: Should India step out and assert as power? 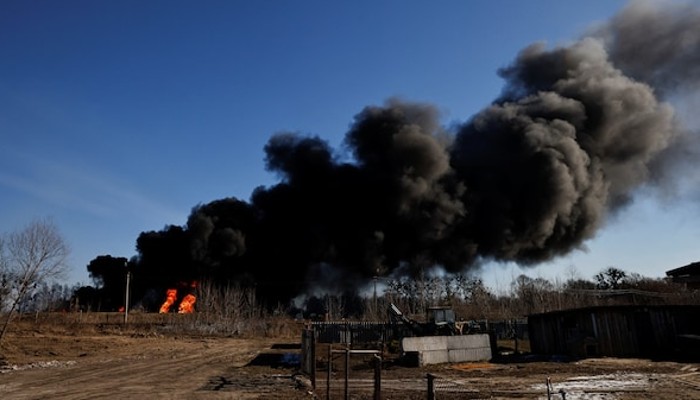 India should step out and assert as a power that it is an honest and trusted interlocutor who stands for peace, dialogue and diplomacy

The Russia-Ukraine War is three weeks old in its current form where millions of refugees, civilian strife and humanitarian catastrophe are causing mayhem. Although four rounds of bilateral talks between Kiev and Moscow have been held, helping in some ceasefire and creation of humanitarian corridors for people to leave but with limited success.

President Putin had instructed his forces not to attack or harm the civilians as he considered them as his own people, literally. He also arguably does not want to occupy Ukraine except of course creating his own corridors of security both land and Maritime on the Ukrainian territory.

Kiev’s aspirations to join NATO and EU however couched in the sovereignty dimension, is a big red line for Putin. President Zelensky is pro-western and would have liked to be part of that security block, which has led him to this garden path of destruction.

Life is not a comedy and his people, however patriotic, are beginning to learn that. Russia is no gainer either as prolonged conflict and military operation will continue to foment greater and more insidious civil resistance.

It may be comparatively easier for Putin to militarily win this war but would not be able to win the peace as history has proved. In today’s time and age most super powers had to taste defeat and exit ignominiously. West is happy to pump in more fire power to its surrogates leading to further provocation and insecurities to Putin whose forces want to further invade and wind up subject to his limited objectives being achieved. Time is of essence .More war means greater mayhem.

For Moscow this war will have more severe economic repercussions as US and Europe and their allies in Japan, S Korea and Australia follow suit with more crippling but calibrated sanctions as oil, gas and rare earth materials that they need are out of the purview of sanctions.

Today, it appears that Putin’s adventure may have brought the Transatlantic alliance partners together to weaponize their trade, banking and financial instruments to corner Russia. But Moscow has also activated a behemoth in the Sino-Russia axis which may embrace more unilaterally sanctioned countries.

NATO countries are also hoping that grass root difficulties for ordinary Russians could lead to anti-Putin opposition that they have been trying since they brought down Soviet edifice. A pliable Russian leader would have served the purpose but a strong and unpredictable Putin is not a cynosure of their eyes. Germany, Italy and France and many other European countries have huge stakes and interdependencies with Russia in the medium term are a reality which despite the divergence with Putin they will find difficult to write off.

Wars are evil. Destruction is the major outcome. Emperor Ashoka turned to Buddhism after the infamous Kalinga war - taking the message of peace and non- violence to the world but current adversaries driven by myopic geo-political and geo economic games may never learn from history.

The two World Wars happened in Europe and the 3rd is waiting to happen and will be the worst of all. Hence, there is no alternative to peace, dialogue and diplomacy through genuine mutual accommodation.

The bottom red line for Moscow is never to see Kiev in the embrace of NATO. Therefore when Germans and French and NATO Secretary General say that Ukrainian’s inclusion is not on cards, even if they hankered for it, it does not comfort Putin. But one should not forget that in this fast changing international order anything can happen. James Bond movie ‘Never say never again’.

For the time being, a beleaguered and disenchanted Zelensky has decided to put the NATO dream in the basket and is looking for a respectable end of war. Putin may be feeling the pinch too but would hold on to his key demands.

In this scenario several countries are trying to bring the warring sides to the table. Turkey hosted the Russian and Ukrainian foreign Ministers. Americans and Ukrainians are asking Chinese and Indians to put pressure on Russia. French President Macron is doing his diplomatic dance. Israeli PM Bennet indulged in shuttle diplomacy to help bring his Jewish counterpart Zelensky and friendly Putin to talk to one another to stop the war.

Even Jerusalem was suggested as a possible venue. Qatar, Saudi Arabia and UAE are doing their bits as they have developed stakes with Russia over time. President Zelensky had also asked India to impress upon President Putin to stop the war as PM Modi does have an excellent personal rapport with Putin let alone Special and Privileged and Strategic Partnership between the two countries.

PM Modi has already spoken to 11 leaders and with Putin thrice and Zelensky twice. Foreign Minister Jaishankar has been in touch with all key counterparts and all this helped India evacuate her more than 20000 citizens from the war zone. Even UN Secretary General Gueterres has urged India to do its bit to mediate. It is the time that India, which by abstaining on various UN votes, showed its strategic autonomy, should step out and assert as a power that it is an honest and trusted interlocutor who stands for peace, dialogue and diplomacy.

***The writer has been a former Indian ambassador to Libya, Jordan and Malta. Presently, he is a Distinguished Fellow at Vivekananda International Foundation. Views expressed are his own.