PM Imran Khan’s ‘Naya Pakistan’ has no place for minorities 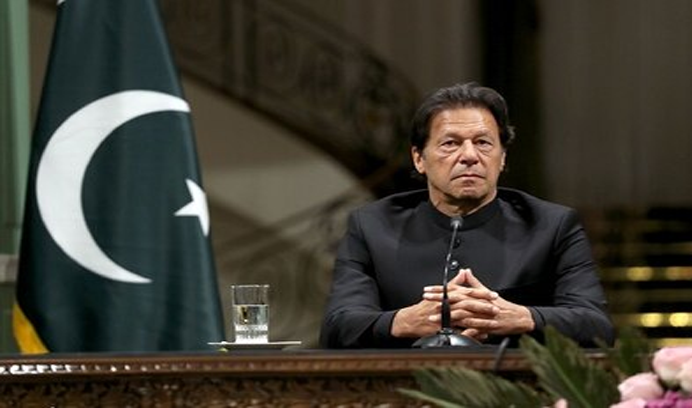 Pakistan has a reputation of creating a milestone in the field of terrorism and also, in the human rights abuse of minorities.

Latest in the series of attacks on minorities’ right is Pakistani authorities’ sudden move to stop the construction of Lord Krishna temple in Islamabad. None less than Pakistan Prime Minister Imran Khan had approved the construction of the temple and had also allocated money for it. But capitulating to fundamentalists’ dictates, he referred the temple’s construction to the Council of Islamic Ideology, a government approved body that advises on religious matters.

Before the Council of Islamic Ideology could say anything in this regard, Pakistan’s Religious Affairs Ministry jumped into a fray, stating that it only “releases funds for the renovation and rehabilitation of minority’s worship places.” As if it was not enough to rub salt in Hindu minority community members’ wound, Islamabad’s Capital Development Authority said since no building plan was submitted, the construction of the temple would not go forward.

What hurts Pakistan watchers is that such incidents are taking place in Prime Minister Imran Khan’s ‘Naya Pakistan,’ a slogan he pitched hard to win youth and common people in his favour during the election campaign in July 2018.

Instead of taking steps towards making Pakistan a modern, egalitarian and democratic society, the Pakistan Prime Minister has pushed his country in the abyss of chaos and uncertainty.

Known for his pandering to extremists, Imran Khan could not even tweet in protest when Pakistan’s Punjab province assembly speaker Chaudhry Pervaiz Elahi in an interview with a tv channel strongly objected to the establishment of the temple by saying that it was against the spirit of Islam and an insult to the state of Madinah.

Muslim clerics and fundamentalists began issuing threats to the Hindu Panchayat the day temple construction started in June. The temple site was vandalized by youth belonging to Muslim community. Fearing threats to life and property, Pakistan’s Hindu Panchayat members filed a request to the Islamabad district commissioner’s office for security.

But no action was taken to provide security nor was any step taken against culprits, speaking volume of institutional apathy towards Hindus and minorities in Pakistan.

According to a survey carried out by All Pakistan Hindu Rights Movement, a total 428 Hindu temples existed in Pakistan in 1947. Of them, only 20 survive today. Hundreds of active and old Hindu temples were attacked and demolished in retaliation of the destruction of the Babri mosque in Ayodhya in 1992.

Remember the present Pakistan Prime Minister has several times talked about providing his country’s minorities same facilities and rights the government provides to Muslims in the country. But all this is for the sake of rhetoric. The ground situation is sharp different from what Pakistani leaders speak before cameras. Minorities are treated like pariah. They are abused, attacked and tortured by majority Muslim community members, yet there is no institution which could ensure them to lead a life of honour and dignity. Forced conversions and marriages of Hindu, Sikh and Christian girls are going on unchecked.

Collusion between landed influential politicians, religious elite and independent media is cited as the reason why the process of justice towards members of the minority community has been left stuttered in Pakistan. This viewpoint matches the World Sindhi Congress’s 2015 Report to the UN Office of the High Commissioner for Human Rights. In its report, the UK, US and Canada-based advocacy group said 20 or more Hindu girls are abducted and converted into Islam every month in areas like Umerkot, Tharparkar, Sanghar, Ghotki and Jacobabad—all parts of the Thar region of Pakistan.

With passage of every year, Pakistan’s minority community members’ life is turning from bad to worse. As per data provided by Pakistan’s National Commission for Justice and Peace (NCJP), a total of 776 Muslims, 505 Ahmedis, 229 Christians and 30 Hindus have been accused under various clauses of the contentious blasphemy law, in the year between 1987 and 1918. This exemplifies how the laws are unfairly used to target minority community members in Pakistan.

And for this the European Union has held the country and its political elites responsible. Castigating Pakistan for being lax in protecting the rights of its minority people, the European Union Parliament in its report in May 2019 said that biases against the religious minorities in Pakistan is manifest in various forms of targeted violence, mass murder, extrajudicial killings, abductions, rapes, forced conversion to Islam.”