'India has not conceded any territory along LAC to China': Defence Ministry 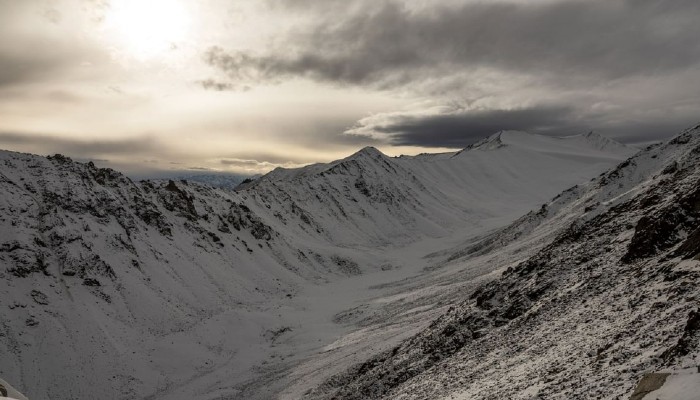 The Ministry of Defence on Friday strongly rejected the charge that India had conceded territory to China as a result of the agreement on the Line of Actual Control (LAC) in Eastern Ladakh and that its troops would be moving back deeper inside than where they earlier used to be.

Rebutting the claim, the ministry said that the permanent posts of both sides at the north bank of Pangong Tso are "longstanding and well-established".

On the Indian side, it is the Dhan Singh Thapa Post near Finger 3, while on the Chinese side it is east of Finger 8. "The current agreement provides for cessation of forward deployment by both sides and continued deployment at these permanent posts," the ministry pointed out.

The clarification comes in the wake of the charge by Congress leader Rahul Gandhi that Indian troops were now going to be stationed at Finger 3, and not Finger 4 where India's post earlier used to be.

The assertion that Indian territory is upto Finger 4 is categorically false, the ministry said, adding that the territory of India is as depicted by the map of India and includes more than 43,000 sq km currently under illegal occupation of China since 1962, the ministry said.

"Even the Line of Actual Control (LAC), as per the Indian perception, is at Finger 8, not at Finger 4. That is why India has persistently maintained the right to patrol upto Finger 8, including in the current understanding with China," the ministry said.

Without specifically referring to Gandhi, the Ministry of Defence said it had taken note of "some misinformed and misleading comments being amplified in the media and on social media regarding the disengagement currently underway at Pangong Tso".

Pointing out that the factual position had already been clearly communicated by the Defence Minister in his statements to both Houses of the Parliament, the Ministry of Defence said, it was necessary "to set the record straight and counter certain instances of wrongly understood information being amplified in media and social media".

The ministry asserted that India had not conceded any territory as a result of the recent agreement. On the contrary, it had enforced observance and respect for LAC and prevented any unilateral change in the status quo, it pointed out.

Referring to Defence Minister Singh's statement, it said this also made it clear that there were outstanding problems to be addressed, including at Hot Springs, Gogra and Depsang.

According to the agreement reached between India and China, the outstanding issues are to be taken up "within 48 hours of the completion of the Pangong Tso disengagement," the ministry said.

Speaking in the Rajya Sabha on Thursday, Defence Minister Rajnath Singh had said that an agreement had been reached between the two countries for disengagement eastern Ladakh.

“Our sustained talks with China have led to agreement on disengagement on the north and south banks of Pangong Lake. After this agreement, India-China will remove forward deployments in a phased, coordinated manner,” Singh said in a detailed statement.

“I want to assure this House that in these talks we have not conceded anything,” the Defence Minister asserted.

While the Chinese would keep their troop presence in the North Bank area to east of Finger 8, the Indian troops would be based at their permanent base at Dhan Singh Thapa Post near Finger 3. Similar action would be taken in the South Bank by both sides, the Defence Minister had said.

“These are mutual and reciprocal steps and any structures that had been built by both sides since April 2020 in both North and South Bank area will be removed and the landforms will be restored,” Singh pointed out.

Noting that the effective safeguarding of India's national interest and territory in the Eastern Ladakh sector had taken place because the government has reposed full faith in the capabilities of the armed forces, the defence ministry pointed out that "those who doubt the achievements made possible by the sacrifices of our military personnel are actually disrespecting them".

India and China had been engaged in a standoff along the LAC in Eastern Ladakh since May last year. The situation had taken a turn for the worse on June 15, when 20 Indian soldiers were killed in violent faceoff with Chinese troops. The Chinese side is also said to have suffered a large number of casualties though it has never disclosed a number.