Is India a major importer of Russian oil? 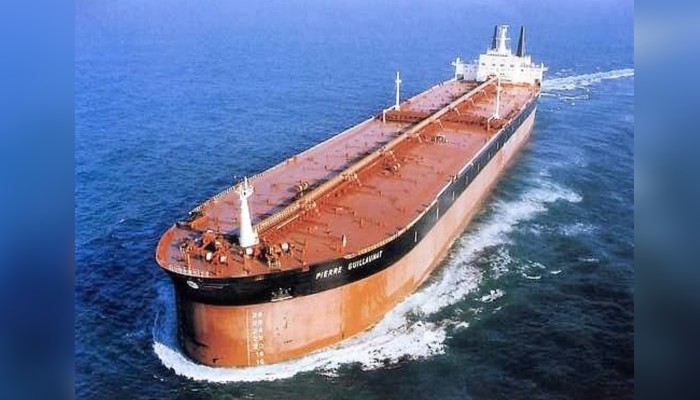 India purchased $54,636.8 million worth of crude oil from Gulf countries between April and September 2022

Amidst accusations that Russia is making US and EU-led sanctions' effect on it less severe because countries like India are indirectly helping it by importing a huge amount of crude oil at the discounted price, facts have lost their track somewhere in between accusations and claim

Indian refiners are not big importers of Russian oil. Rather the truth is that they have purchased a fraction of what Europe has bought from Russia after the Ukraine war. “Europe imported about $120 billion worth of energy from Russia after the war broke out. That’s six times as much as we bought,” External Affairs Minister S Jaishankar said in an interview with Die Presse, a Vienna-based German language daily on January 3.

With a 1.4 billion population, India consumes 5-million-barrel oil per day. This oil is largely sourced from 34 countries, including Iraq, Saudi Arabia, UAE, and Kuwait. Russia is a source of a small amount of India’s total crude oil imports by public sector refiners. In fact, public sector refiners such as Indian Oil Corporation, Bharat Petroleum and Hindustan Petroleum import only a small amount of crude oil from Russia, while their share to the total domestic consumption is more than 90%.

According to India’s Ministry of Petroleum and Natural Gas, last year between April and September, the Gulf countries, including Iraq, Saudi Arabia, UAE, Kuwait, Oman, and Qatar supplied 61% of the total oil imports by the country. Iraq was the largest supplier of crude oil with 22%, followed by Saudi Arabia with 19%, UAE with 11%, Kuwait 5%, Oman 3% and Qatar 1%.

Who buys Russian oil in India

Russia contributed to 16% of India’s total oil imports between April and September last year. Private refiners such as Reliance Industries and Nayara Energy were the largest buyers of the Russian oil. According to media reports, these Indian private refiners refine crude oil imported from Russia and sell it back to big markets, including European nations. Reliance industries used to purchase just 5% oil from Russia before the Ukraine war, now nearly one-third of the total Reliance oil purchase is sourced from Russia, said several media reports.

Are Indians benefiting from price cap on Russian oil purchase

No, common Indians are not benefitting from the price cap—agreed by the G7 countries, the EU and Australia. Coming into force on December 5, the cap prohibits countries from paying more than $60 per barrel of Russian oil. Since India’s public sector refiners source their oil imports from Russia in fraction and they rather import it from the Gulf countries, Africa, Latin America, the US and other countries at the current international market price, common Indians are not enjoying the fruits of the discounted oil purchase from Russia. Public sector oil companies are the ones which feed the domestic consumption of oil. 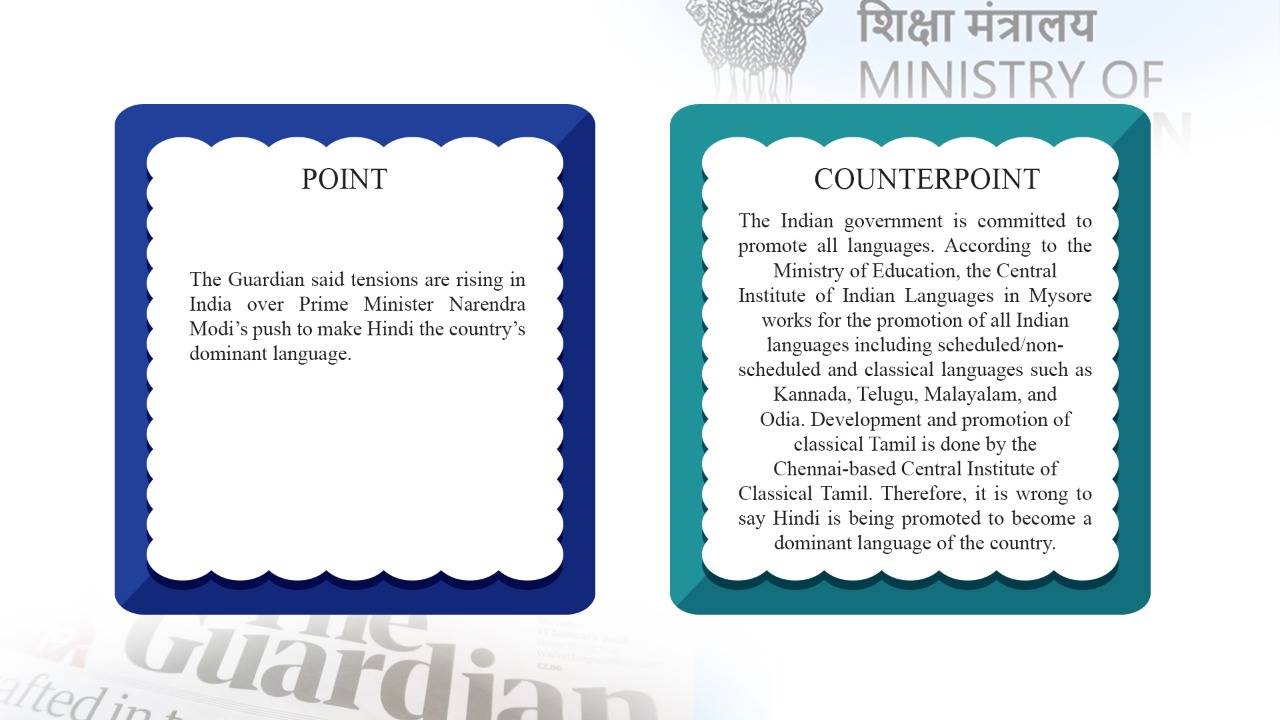 No, Hindi is not imposed on non-Hindi speaking people in India

As a country with diverse faith and culture, India has its leaders at the top who have always promoted unity in the country and as such, the western media should avoid driving a wedge among Indians on issues related to language 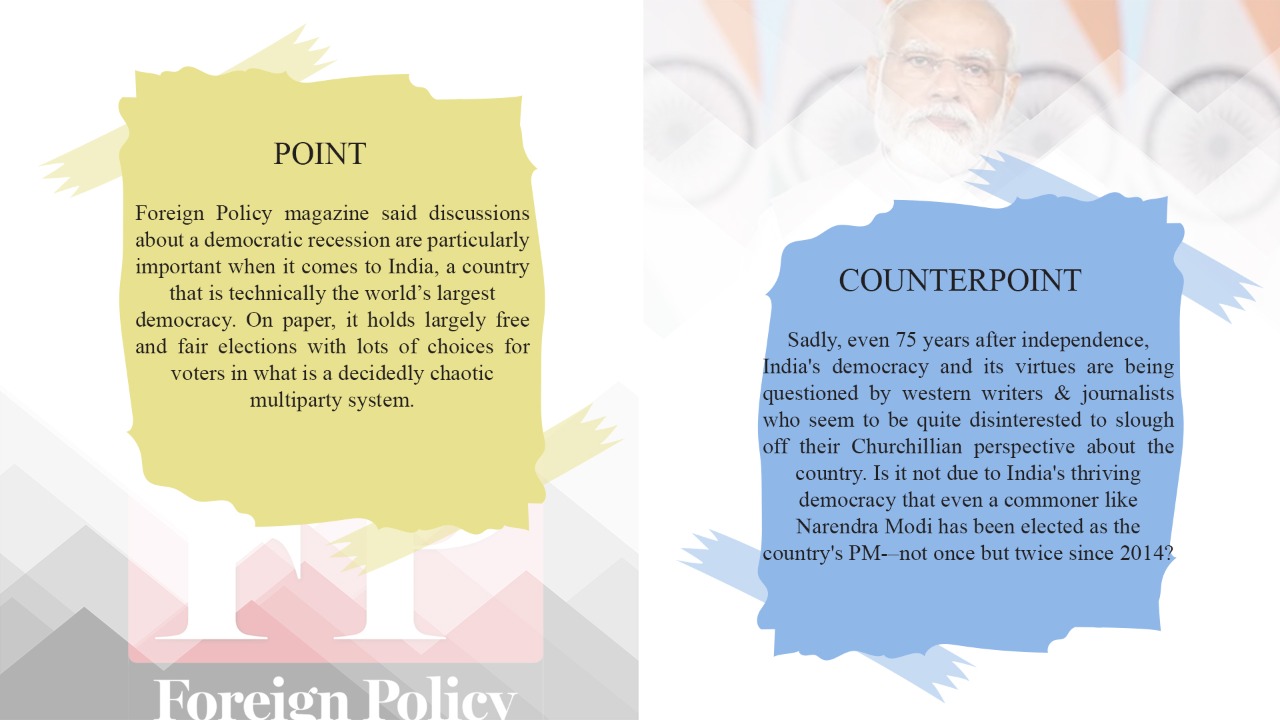 Democracy in India is thriving, lives up to expectations of all

India has a functional democracy which continues to fulfil aspirations of all Indians, irrespective of their ideological or religious understandings 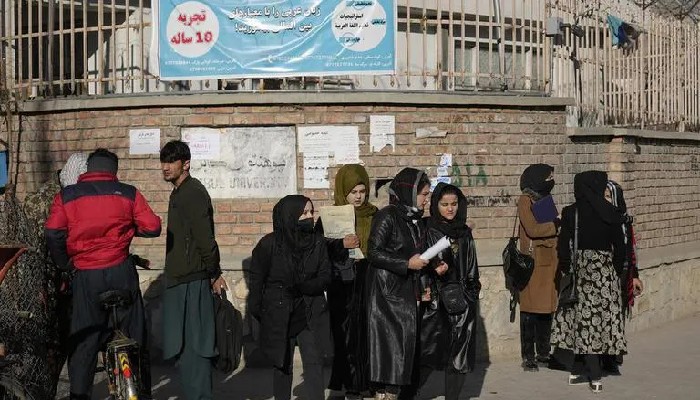 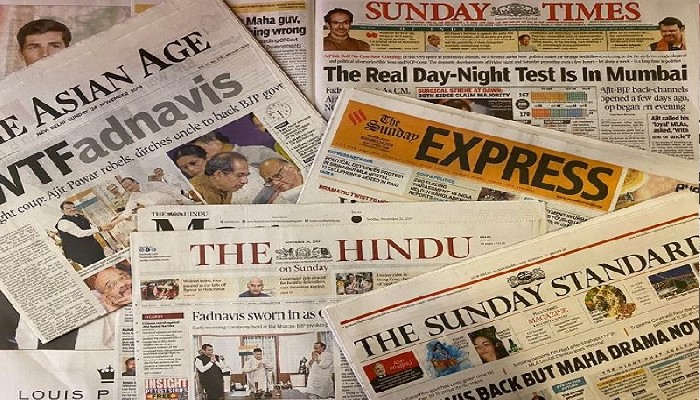